Pandemic Or Not, Startups Continue to Thrive in San Mateo 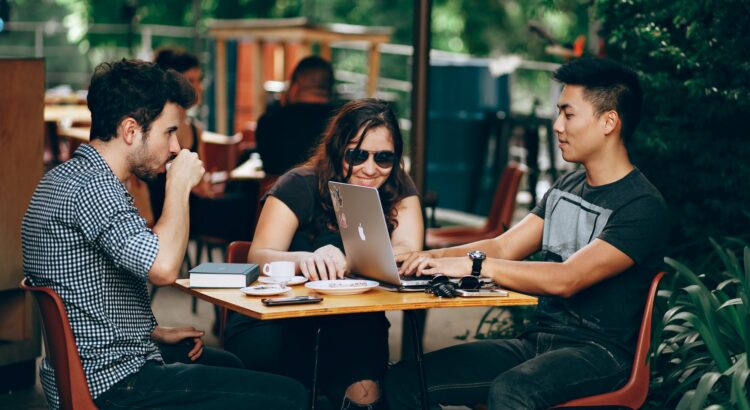 Covid’s impact on the workforce continues to be felt as new variants persistently pop up and the pandemic seems to linger without end. Remote work and learning has motivated young and old alike to embrace innovation and question previously held notions about the typical work and school day. While the true impact on health, behavior, and psychology will not be fully comprehended for years to come, we can already see that the coronavirus has forced cities around the nation to plan for the future, embracing a willingness to adapt and, hopefully, thrive within the ever-changing economic landscape.

One sector in particular that’s particularly poised for growth and success within the fragmentation and uncertainty of the current economy are startups. Recently, congress introduced a bill to study the impacts of technology startups, with a focus on locations that foster the creation of such entities along with risks and trends of the sectors in coordination with local and federal jurisdictions. In a macro sense, Covid has served as the ultimate disrupter, composed of a litany of negative repercussions—with the pandemic, hopefully, nearing its end. Nevertheless, throughout this fractured landscape, businesses have been forced to rethink, react, and adapt to these unsettling catalysts.

It’s no wonder then that startups have been gaining traction and attention during these severed times. The influx in remote and hybrid work has prompted a diaspora, of sorts, for those considering new places to live. Many have been encouraged, or even pushed, whether directly or indirectly from employers and other circumstances to reconsider their working lives.

The abrupt shift to hybrid and remote working conditions have served as a further impetus for many to reevaluate their surroundings now that their previously established environments have transformed or disappeared altogether. While many cities across the nation have begun aggressively marketing their locations as prime for small business and those seeking opportunity, the eminent hub of startups seems to be holding onto its title: California’s Bay Area.

Home to big tech companies like Apple, Facebook, and Netflix, California’s Bay Area has always attracted top talent. Although the pandemic has provided opportunity for other locales across the nation to become contenders within the marketplaces of innovation, California shows no signs of slowing down. Governor Gavin Newson recently proposed the 2021-2022 state budget prioritizing, among many pandemic-related assistance endeavors, the doubling down of funding and support toward job creation throughout the state—including tax and regulatory incentives for small and new businesses.

With the Bay Area of California encompassing such a large and diverse landmass and population—ranging from San Francisco, Santa Clara, Napa, and beyond—one area in particular that remains poised for sustained growth and innovation is San Mateo. Looking through trending startups based in San Mateo clearly shows the vast amount of quality companies forming in the immediate vicinity. When considering the multitude of locations for work competing for prominence in the new, destabilized economy—whether refining one’s search to the Bay Area or across the entire country—San Mateo is prime for thoughtful consideration.

Living and Working (and Thriving!) in San Mateo

So, why San Mateo? For one, beginning January 1st, 2021, the city minimum wage ordinance will increase to $16.20 per hour. While the cost of living in San Mateo is certainly above the national average, this increase demonstrates a willingness on the parts of both the city and industry to make sure residents are able to prosper and thrive throughout the area. When considering the cost of living, it should also be noted that San Mateo is relatively more affordable than the often focused-on Palo Alto nearby. Essentially, San Mateo might be viewed as a disrupter, as a whole—a startup of sorts, if you will—when considering places to live and work that are close to Silicon Valley.

Comfort and sophistication are additional compelling reasons for residing in San Mateo. The entire region has a relatively temperate climate with warm summers and not-so-chilly winters—especially in relation to those who might be considering relocating from the Midwest or East Coast. Low crime makes the area ideal for those looking to move in with families, or possibly ‘startup’ one of their own. Additionally, the population is fairly diverse and boasts a wide assortment of shopping and dining options.

San Mateo has been, and continues to be a hub for startups. Pandemic or not, the region has served as a catalyst for those seeking innovation and business opportunities. When considering a relocation, or just needing additional information to make a wise decision for your future in terms of career and lifestyle, one could do a lot worse than looking into the countless opportunities that startups in the San Mateo region have to offer.